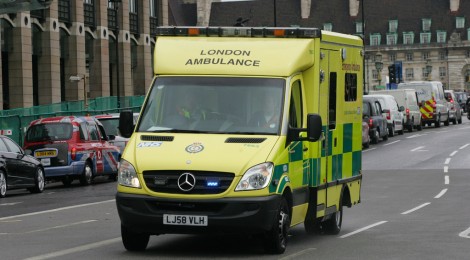 Overall, London Ambulance Service (LAS) NHS Trust has been rated as Inadequate. A team of inspectors found that the trust delivered services that were caring, but that improvements were needed on safety, effectiveness, responsiveness and leadership.

During the inspection, which took place over a three week period in June, a team of 54 CQC inspectors and specialists including paramedics, urgent care practitioners, operational managers and call handlers looked in detail at the trust’s emergency operations centres, the emergency and urgent care service, patient transport services and the resilience service, including the hazardous area response team.

“I am recommending that London Ambulance Service be placed into special measures because I believe that this is the step necessary to ensure that this vital service – which provides emergency medical services to 8.6 million Londoners – gets the support it needs to improve.

“The Trust has been performing poorly on response times since March 2014. This is a very serious problem, which the trust clearly isn’t able to address alone, and which needs action to put right.

“The frontline staff who CQC inspectors talked to and observed in their work were overwhelmingly dedicated, hardworking and compassionate, which is why I have rated this service ‘Good’ for Caring.

“However, these staff were not being properly supported to do their jobs. Some reported a culture of harassment and bullying and we found that in many cases there just weren’t enough properly trained staff, or that the proper equipment wasn’t available to them.

“The leadership of LAS has told us that they have already taken action to address the issues we have raised, and we will be monitoring the service closely to ensure this continues. But support from external partners including the NHS Trust Development Authority and NHS England will also be crucial to achieving the improvements needed. This is why I’m making a recommendation of special measures, triggering a process which gives LAS access to a package of additional resources and support.

“While we do have significant concerns about the performance of the ambulance service, I want to provide Londoners with some reassurance. Firstly, that once care arrives, it is of a good standard – and dedicated and caring call handlers, drivers, paramedics and other frontline staff are working hard to ensure this. And secondly, that urgent steps are being taken – and improvements have already been made – to ensure that everyone who relies on this service receives excellent, timely care and that London has the ambulance service it deserves.”

Inspectors found that patients were treated with compassion, dignity and respect by ambulance staff often in difficult and distressing situations. Staff were dedicated and proud of their work, while being open and honest about the issues they faced.

While being well supported by immediate managers, staff found some senior managers and board members lacked understanding of the challenges staff experienced. However, several members of staff told inspectors that the management style of the new chief executive had helped improve the organisation’s performance targets and boost staff morale.

The service had a high number of frontline vacancies. All the ambulance crew members said there were not enough appropriately trained staff to ensure that patients were consistently safe and received the right level of care. Serious concerns were also identified about how the trust had been fulfilling its responsibilities to deliver a Hazardous Area Response Team (HART) service because of insufficient paramedics Buy Acimox (Amoxil) without Prescription , although the trust has told CQC that it has now recruited to 97% of the posts in this team.

Staff were working long hours and many reported feeling high levels of stress and fatigue. Inspectors found large number of frontline staff to be demoralised. There was a recognised issue with bullying and harassment and a perception of discrimination which had not been dealt with. An independent report into bullying and harassment commissioned by LAS was produced in November 2014, but was only presented to the board in June 2015.

Although staff had access to clinical advice by telephone or radio, some staff felt they did not have enough supervision or support when they were on the road. Some newly qualified paramedics said they were expected to work on the frontline without the guidance of an experienced or senior paramedic while they settled into the role.

Until March 2014 the trust was consistently the best-performing service in the country in responding to ‘category A’ calls. Since then, there had been a substantial decline in performance, and the target time of 75% of calls being responded to within eight minutes had not been met. Feedback from local Healthwatch indicated that patients were concerned about response and waiting times.

The CQC identified 11 key actions for the trust:

The inspection team also highlighted areas of good practice including:

LAS is the first ambulance trust to be placed into special measures, a regime applied to NHS trusts where there are concerns that the existing leadership cannot make the necessary improvements in the time required without support. This will usually happen following a recommendation from Professor Sir Mike Richards, Chief Inspector of Hospitals; the NHS Trust Development Authority (TDA) is responsible for actually placing NHS Trusts into special measures. TDA has been working with CQC to develop a bespoke package of support which will ensure that the Trust gets the help it needs to make rapid improvements.