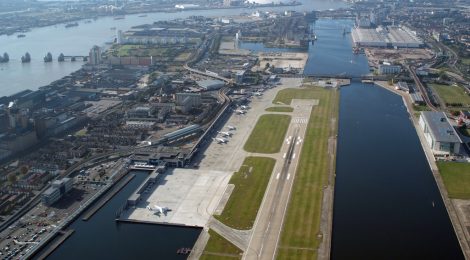 Emergency services including number of specialist teams were called to reports of a chemical incident at London City Airport this afternoon.

Around 500 members of the public and staff were evacuated and London Ambulance Service crews treated a number of patients for difficulty breathing.

Two complete sweeps of the airport building were carried out jointly by firefighters and police officers both wearing protective equipment. No elevated readings were found and the building was ventilated, searched and declared safe.

The London Fire Brigade was called at 1611hrs and the incident was over by 1900hrs. Firefighters from Hornsey, East Ham, Stratford, Bethnal Green and Stratford fire stations were in attendance.

“We have now treated a total of 27 patients at the incident at London City Airport this evening.

We sent a number of resources to the scene including two single responders in cars, four ambulance crews, an incident response officer and our Hazardous Area Response Team.

“All patients were treated for minor breathing difficulties and two were taken to hospital.

“The incident is now stood down.” Buy Zithromax