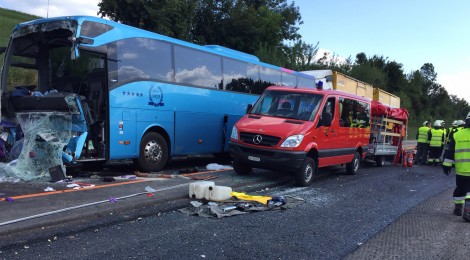 A coach from Wales was involved in a serious Road Traffic Collision (RTC) in Switzerland.

The incident took place just after 1215 CET on Friday, September 4, 2015 on the northbound carriageway of the A2 motorway in a section of roadworks at Eich, north of Luzern. In addition to the coach, several lorries and a minibus towing a trailer were involved.

Forty one people were hurt in the crash including four with serious injuries. The emergency response included twenty ambulances, three rescue helicopters, firefighters and police.

Swiss authorities have launched an investigation.